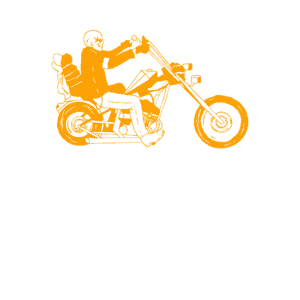 Planet Chopper is a new force bringing together motorcycles, fun, countries and freedom.

Each journey is a celebration of life, travel and camaraderie.

Motorcycle trips are about escaping norms, routines, restrictions and bureaucracy. Once we’re on the open road the world opens up to us, we discover new places and our motorcycle becomes more than a vehicle. It’s access to the world we dream about.

Whether seeing the greats perform live music at The Sturgis Motorcycle Rally or riding through the Mojave desert on Route 66. From conquering the Southern Alps’ high passes to blasting through a Nevada Desert. Motorbikes bring us to life.

We run the top New Zealand motorcycle tours, for riders to explore New Zealand on the latest models of Harley Davidson. We have motorbike hire depots in Christchurch and Auckland.

Our trips include national parks and the most beautiful rides in New Zealand. Our Auckland Motorcycle Rental gives riders the freedom to explore and tour New Zealand in the North Island and South Island.

Destinations on these guided tours include Nashville, New Orleans, Las Vegas, San Francisco and the Grand Canyon and everywhere in between.

Planet Chopper has rental fleets in New Zealand and The United States, pick from custom motorcycles, Harley-Davidsons, Triumphs and Japanese cruisers. Enjoy perfect riding in stunning scenery while you tour NZ and the USA.

Enough with the talking, it’s time to ride.

In a lazy part of Virginia, USA is an 1800’s timber building now resurrected as the Planet Chopper Roadhouse. This three-storied building has a loft-style bunkhouse, pool table, darts board, bar and diner-style booths — with the smell of old wood and oil throughout.

The building is decorated with old motorcycle parts, license plates and Easy Rider magazine cut-outs. On the bottom floor is the motorcycle repair shop where over 10 custom motorcycles rest.

From 1969 Harley shovelhead choppers to ratted-out Honda Fury’s, the Roadhouse is a spot dedicated to honouring the past and future of custom motorcycles.

Father and son Mark and Ben van Leewarden had ridden large tracts of the US on choppers, including coast-to-coast and down to Key West, when they first met American friends John Devonshire and Wayne Cayton — connecting at The Smokeout ‘Back Street Chopper’ Rally in North Carolina. John and Wayne are the type of people who make ‘The South’ so special: loyal, hardworking, and family-orientated guys obsessed with combustion.

The pair weren’t able to afford fancy motorcycles, so they built their own. Wayne’s a mid-eighties Honda CB750 rat chopper and Johns a Japanese-style bobber. They both rode hard and fast, not being bothered by a breakdown or change of plan. The kiwis gelled with this attitude, setting the foundation for what was to come.

With John and Wayne plus new friends from around the South, the father and son discovered an America away from the main roads and cities.

The motorcycle rallies were also unlike anything else the Kiwis had experienced. Dragstrips without health and safety, custom bike build-offs, minibike racing and live rockabilly music.It was here where the kiwis first had the idea for Planet Chopper motorbike touring.

Mark Van Leewarden was born Ashburton, New Zealand. With both his parents riding Triumph 650 Bonnies he caught the riding bug early. A former police undercover agent and detective, Mark graduated with an LL.B (Hons) degree from Canterbury University in New Zealand. He holds a practising certificate as a Barrister and has had a successful career in international fraud investigation. Mark set up a motorcycle race team with his son, Ben and the pair have completed multiple motorcycle trips across The USA, Australasia and Asia. Mark brings international business expertise and a ride-faster attitude to Planet Chopper.

Ben Van Leeuwarden was born in Auckland, New Zealand and began riding shortly after. Each weekend he and his father (Mark) would go to Muriwai beach to ride sand dunes and motorcycle trails, this is where Ben learnt how to pilot a bike. At 15 he would lie about his age to compete in the notorious Paeroa Street Race, over the next 3 years he would continue to race New Zealand's street races before focusing on rugby. Ben then picked up an BComm degree from Victoria University in Wellington. He has worked at digital marketing agencies in Amsterdam, New York and London. Ben brings a good sense of humour and charisma to the team and tours.

Wayne was introduced to chopper culture 30 years ago, having experienced the good ol’ days of Daytona Beach during his childhood. Wayne served as a mechanic in the military but it wasn't until afterwards that he got the itch for his own ride. In the middle of winter in Virginia (in a pop-up canopy with plastic taped to the side to keep the snow out) he started chopping a CB550 and the sickness began. Fast forward to now and Wayne is mastering the art of chopping, his craftsmanship has been shining with each new build: we can't wait to see what's next off the stand! Wayne also plans the USA trips to include all the best events and routes and interjects his cheeky attitude along the way as our legendary tour guide.

John Devonshire hails from Rising Sun, MD and started riding around the age of 12. John worked in the navy as a Diesel mechanic and travelled to South America with the fleet. He’s got a couple of hot rods, over 30 motorcycles and is an absolute wizard when it comes to motorcycle engines. He built his own bobber, his wife's bobber and has probably built the motorcycle of anyone within a 500 mile radius of Woodlawn VA. John also has a reputation for being a hawk when it comes to finding old school machinery. These skills serve Planet Chopper well: John is always bringing home vintage gems, half-alive engines, one-off chops and getting them purring before all of our tours.

Avikal Thakur was born and raised in Himachal Pradesh, a Northern India state known as “The Land of the God’s”. Avikal was 14 when he learned to ride, his mother also started learning at the same age — she being the first woman in the district to ride a scooter. Now 30 years later, it’s very clear that they share the same genes because of their reputation for being the wildest riders on the streets. When Avikal turned 18 his parents gifted him a Royal Enfield Thunderbird, taking it mountaintops and through jungles, discovering every corner that his beautiful region had to offer. With over two years riding experience in the Indian, Nepal and Tibetan motorcycle adventure industry, Abu is the ultimate route planner, guide, teacher and road companion for the Himalayas.

Denise, aptly nicknamed Diesel for her love of cars comes from West Auckland. Her family had so many cars on her property that their neighbours thought they were car dealers. Diesel even used her brother’s Mark 1 Jaguar as a quiet place to study for her University entrance. As a child she loved the Ford GT40 from her family’s slot car set, then as a teenager she fell in love with her dad’s 1966 Dodge Coronet so when she was 18 she bought it off him — though this left her without cash for gas to get to work. She loves customs because they have a persona: a living, breathing and roaring character. Diesel is the go to lady for bookings and info: count on her if you have any questions or concerns.